Public art is an essential part of shared spaces, creating visual interest and offering public engagement. It can cause controversy and stir conversation. It can showcase innovation and inspire design.
Public art needs to be safe, engineered to accommodate people’s innate need to physically experience the structure.
Ductal® UHPC concrete is the perfect medium for public art. It is currently the strongest concrete in the world, it can replicate the finest details in texture, shape and form. It’s durabilty and permeability qualities put it in a class of it’s own when compared to conventional concrete.

Here are a few of the most interesting UHPC projects from international artists and precast shops / fabricators.

The Garden of Reflection is a piece of stunning landscape artwork in the form of a contemporary garden.  Located in the former kitchen garden, which was once a derelict space, behind the famous Wells pools and under the gaze of Wells Cathedral. 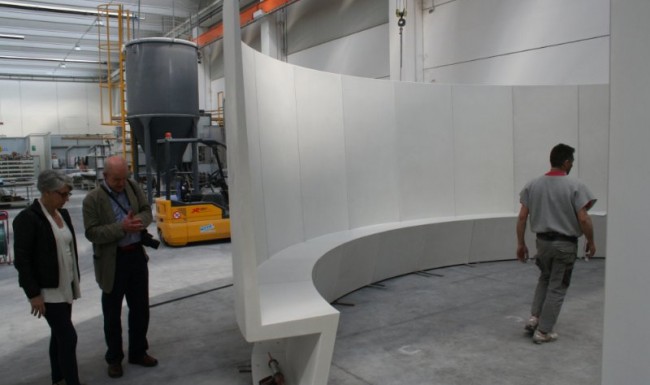 Designers BCA Landscape have created a Poustinia with a contemporary feel. For the first time in many decades this area is now open to the public. Inspired by Christian history, the garden reflects the medieval buildings, landscape and surrounding culture.

The Poustinia is composed of an enclosed 9ft high seating structure, manufactured from Ductal and made in Northern Italy by Il Cantiere.

“Being under the gaze of the Cathedral, The Garden of Reflection is designed to give people space to explore their own spirituality, finding consolation, encouragement and hope to live richer and fuller lives. For some this may guide them towards a deeper faith. For others such a space may provide much needed tranquillity and peace in coping with the struggles of life without the constraints of a church or Cathedral building”. 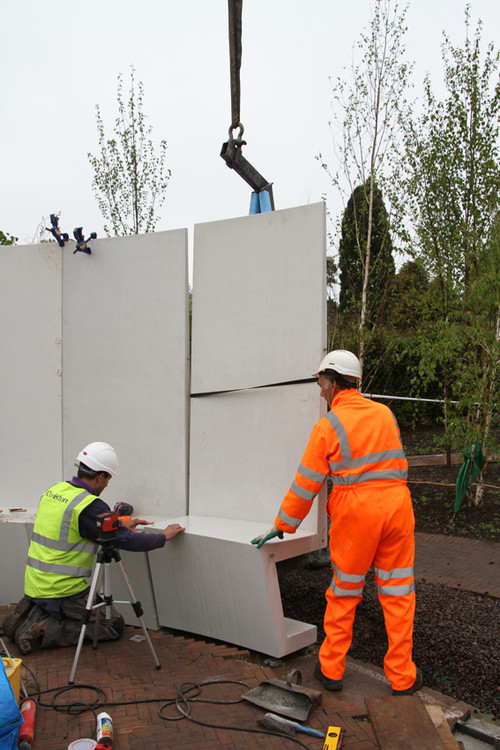 Made in Northern Italy by Il Cantiere, a company who specialize in manufacturing high specification sculptural pieces. They have created pieces for many prestigious locations, including the Louvre. In UK, they manufactured the ‘Staircase to Heaven’, a staircase in the London offices of architect Zaha Hadid. 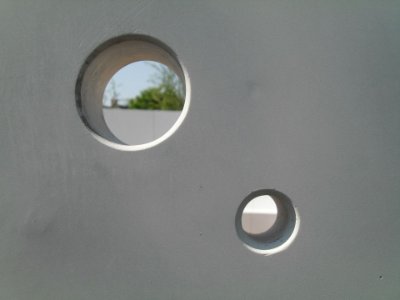 This is probably the world’s classiest outdoor Wi-Fi hotspot. 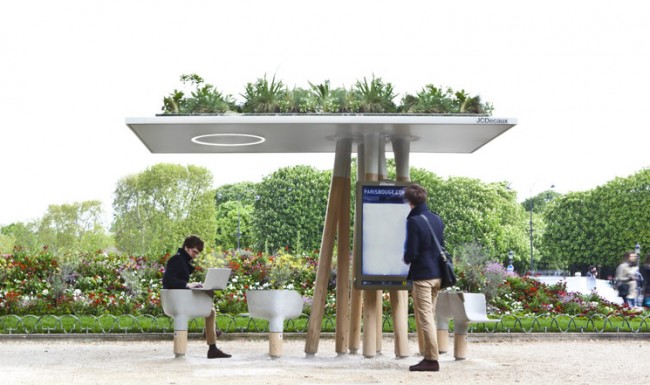 This stunning public space encourages the public to take a seat, relax and recharge. Each ductal chair has a plug and a mini table on which you can rest your electronics. The foliage covered roof is meant to ensure that Digital Break is beautiful from all angles.

The durable ductal concrete swivel seats are equipped with plugs and have mini tables attached to rest an elbow, a book or a computer.

A cluster of wooden legs, like tree trunks, support the green roof which is designed to look like a garden when viewed from balconies above.

Digital Break is a great example of the utilization of mixed materials and technology to provide a durable and aesthetically pleasing art installation while engaging the public and providing a covered space to rest and recharge. 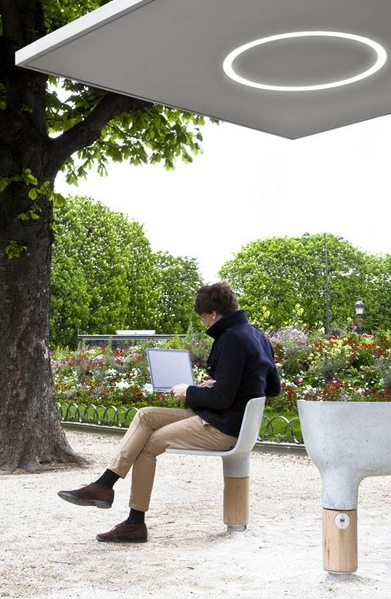 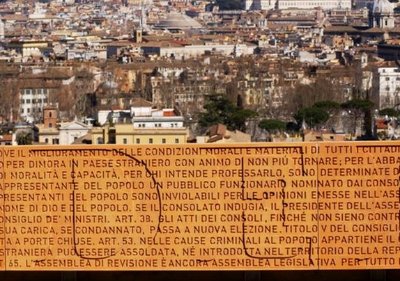 In Rome, on Janiculum Hill overlooking the city, stands the Constitution Wall by Annalaura Spalla. This symbol of liberty – a tribute to Italian history, has inscribed in perfect detail; the entire 1849 Constitution of the Roman Republic. Like the pages of an oversized book, the 50 meter wall constructed in Ductal® UHPC must be skimmed along its entire length to be read in its entirety. To be seen and touched, the Constitution wall is characterized by its fine details.

The Ductal® panels imbedded with organic fibres are directly attached to the existing wall. More than 10,000 letters of varying depths, from 1 to 2 cm, transcribe the 69 articles of the Constitution.

Originally conceived in conventional reinforced concrete, Ductal® UHPC allowed the creation of thinner panels (9 cm vs 20 cm) with a slender upper section (4 cm vs 20 cm).
By comparison to the reinforced concrete solution, Ductal® enabled reduced panel weight and number of connections (attached to a metal structure). Electricity has been incorporated into the wall, hidden behind the panels, providing a back-light to reveal the letters at night.

In addition to its mechanical performances, the Ductal® panels were colored with a red pigment, to blend harmoniously with the magnificent panoramic views over the roofs of the city. 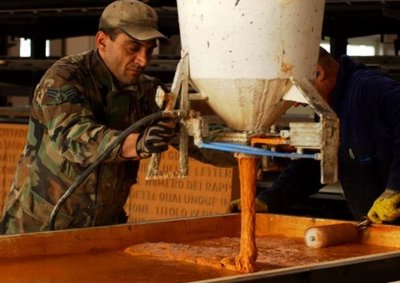 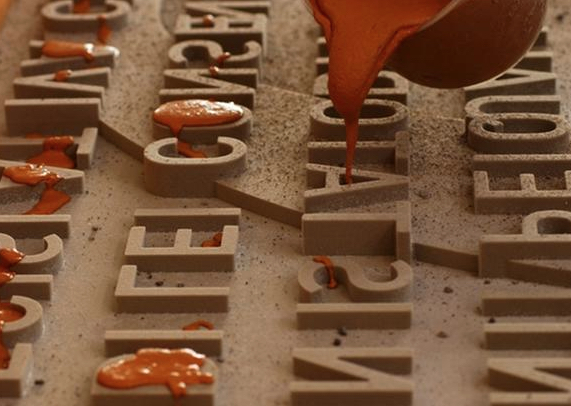 As a symbol of Italian history, the wall was inaugurated in March 2011 marking the 150th anniversary of Italy’s unification as a single state. An action promoted by Italian Council of Ministers presidency as part of program called “The Places of Memory”. 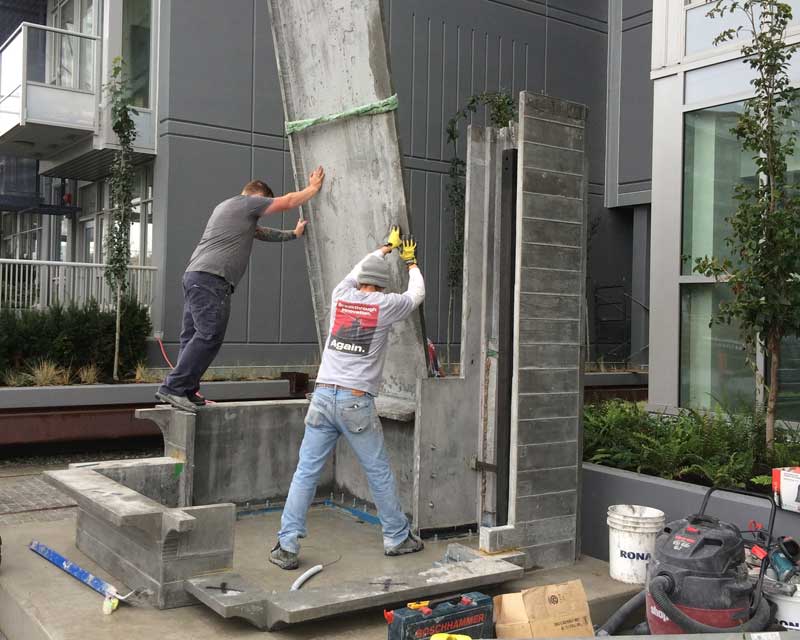 Modern UHPC mold construction utilizes refined materials such as urethane rubber and fibreglass. The precast surface of these materials mirror the positive material they are cast against. For Meccanica, a rough board formed surface was desired by the artist. To achieve this, the UHPC precaster built the molds in a classic board-formed style creating the desired industrial texture. 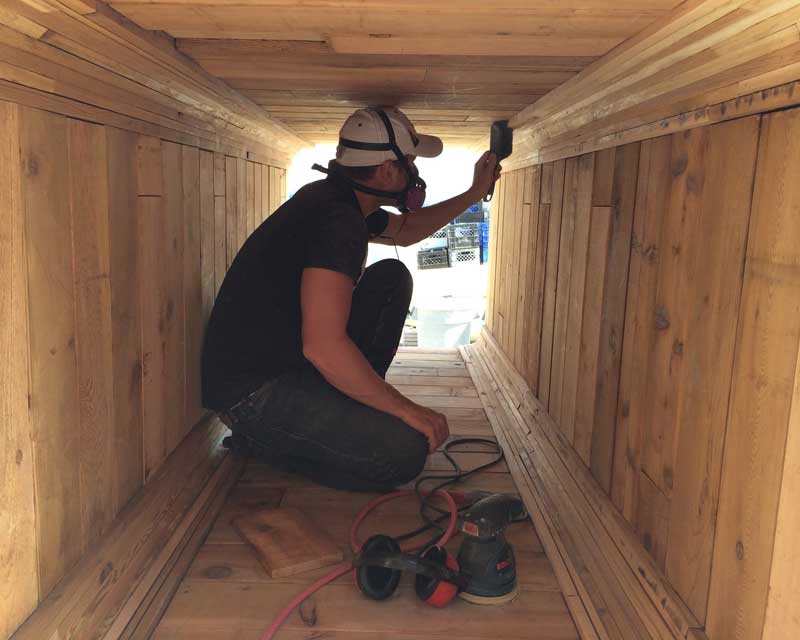 “Substation Pavilion consists of a small structure constructed of board-formed Ductal concrete, steel and glass, with a door that hints at a possible entrance (although in this case it is merely a decoy). There are windows on two sides, adding to the illusion of some kind of use value implicit to its presence on the site. The windows are utilitarian, institutional, industrial, with frosted security glass containing wire that obscure a direct line of site into the structure. Within the pavilion is a single, dim light.”

“The pavilion sits immediately to the east of the entrance to the Meccanica development on the corner of First Avenue and Quebec Street in Vancouver, BC. The design borrows from the art-deco influenced electrical substations that are interwoven in Vancouver’s urban fabric. The piece looks as if it has been a long-term tenant of the site, as if it belongs to the area and is a relic of an earlier age. The illusion of its permanence is ruptured by a number of elements that disturb a simple and seamless inclusion in the local vernacular. The pavilion’s design references utility and yet as a consequence of the breaking up of vertical relations within the piece it becomes obvious something else is going on. What possible use could be made of a structure that seems to have no level floor, let alone barely enough room to turn around in? Why would so much attention be paid to the design of such a small and inconsequential piece of infrastructure?” 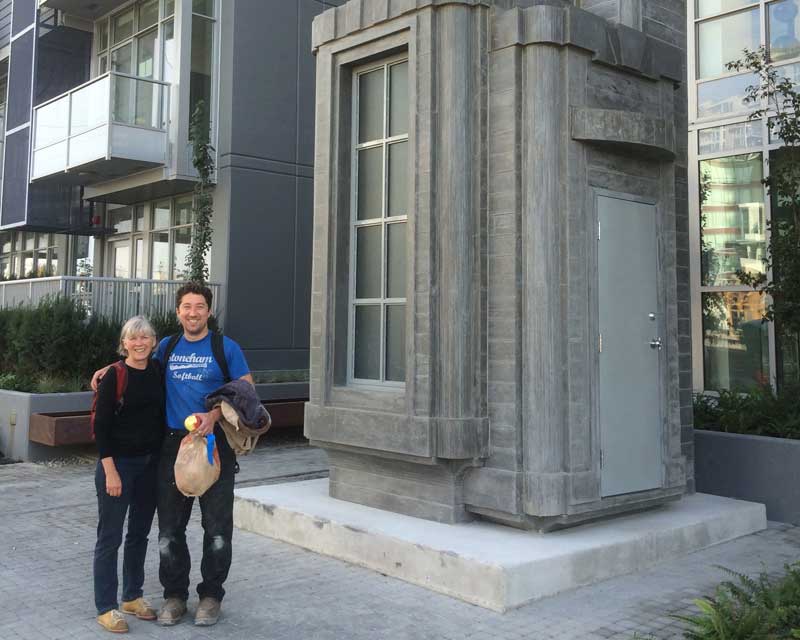 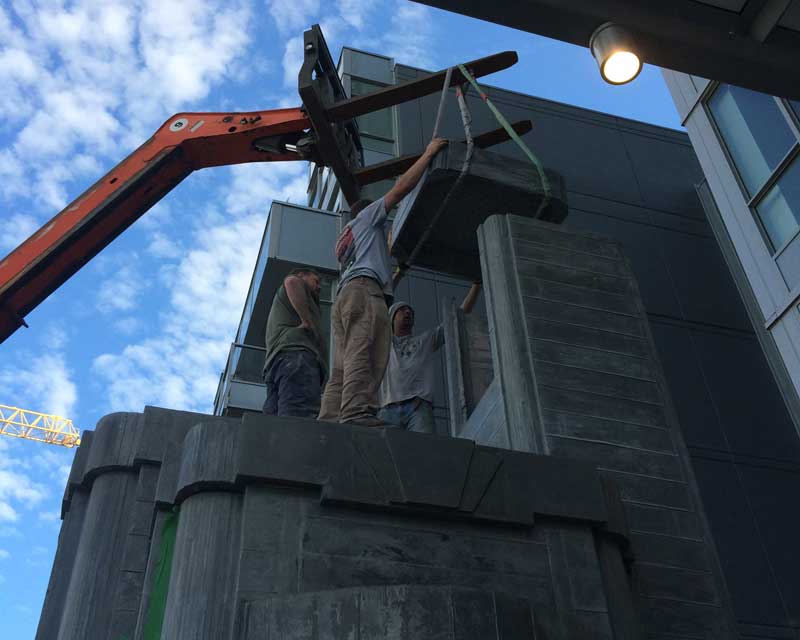 Made from UHPC fibre concrete, the components were configured to form stools, benches and chairs for public seating. 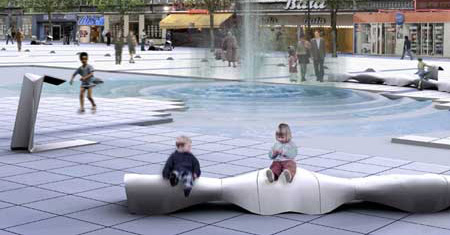 The h2o bench is part of the winning design for the urban project competition for the main square of Valenciennes. Drawing from previous research on global urban conditions and “in-between situations”, the design concept is centred around the ideas of indeterminacy and instability. It offers opportunities for user appropriation by encouraging invention of activities and modification of the individual’s place in increasingly controlled social spaces. 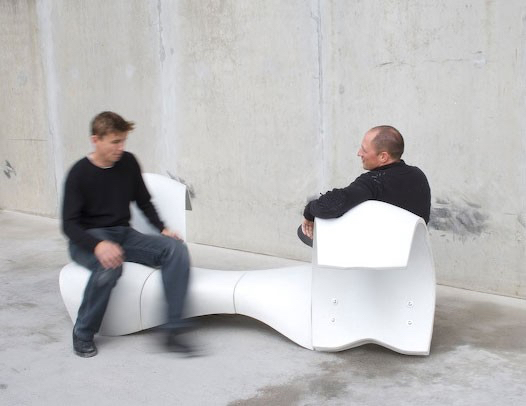 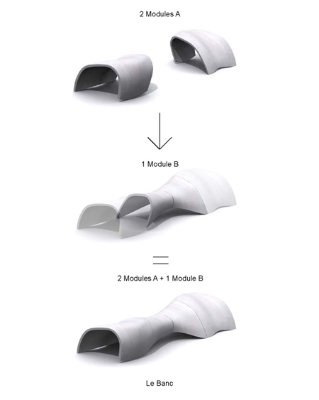 The focus of the project was based on five themes: minimal form, non-orientation, sculptural quality, flexibility and additive qualities. These five elements also relate the narrative identity of the object : what do objects tell us?

The bench dissociates itself from ordinary conditions which typically join the identity of an object’s form to its’ function. Here, it is the use which guarantees the final purpose of the object. The visual simplicity of the basic module is reinforced by its materiality. The thin shell of Ductal® fiber concrete – at once skin and structure – embodies the material’s inherent form. Thanks to games of assemblage, flipping and inversion the bench becomes a game of correlations: at once stool, chair, bench, and meeting place.

A series of six modules designed to fit together in multiple combinations extending one full block of the University of Simon Fraser in Vancouver, BC. The modules consisted of a standard and and cantilevered base unit, a seat, a display unit, a plant volcano and a water reservoir. A 3D model of each piece allowed the artist to refine the design and work with the fabricator to develop a system that locked the base units to the upper modules. A MDF positive was assembled and a surface texture created. 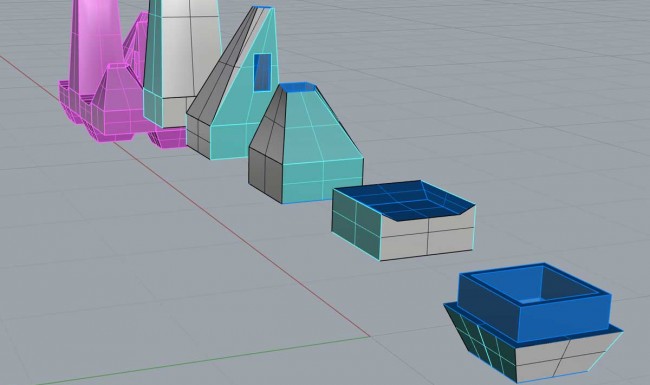 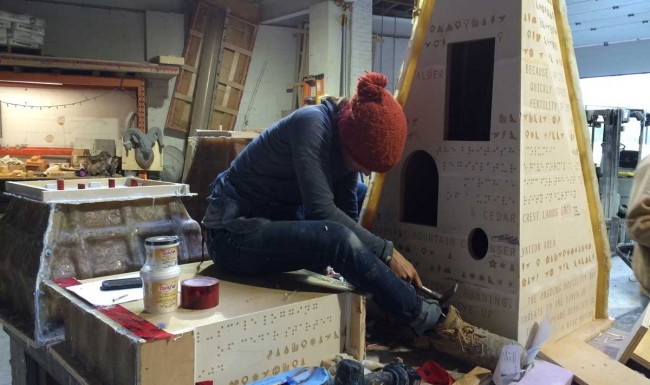 Once the texture was applied, outer and inner mold parts were fabricated. The molds needed to be rigid, to capture the surface texture, and be constructed to allow release of the inner parts so they could be repeated up to 15 times per unit.

The fine surface quality of UHPC allowed for exact replication of this detailed texture.

The manufacturer developed a proprietary system that proved successful. UHPC ductal concrete was cast at only 1″ average thickness. The cantilever base unit carries the full weight of the planter volcano, and it’s soil. This structural feat could only be done with an ultra high performance concrete. The base units were bolted to a footing, while the upper modules were secured using a friction fit with structural adhesive. 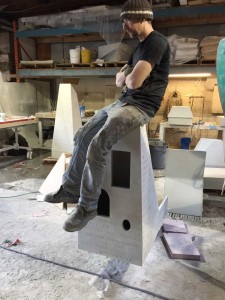 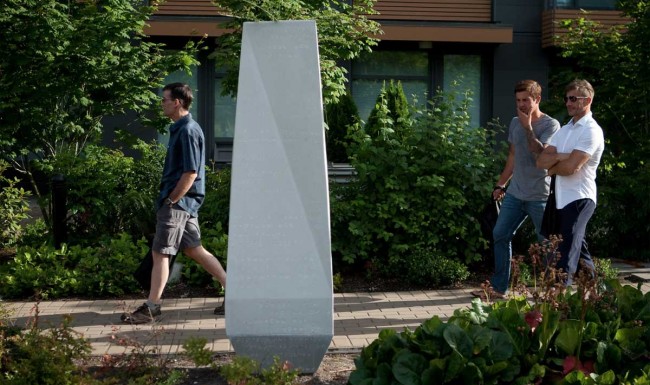 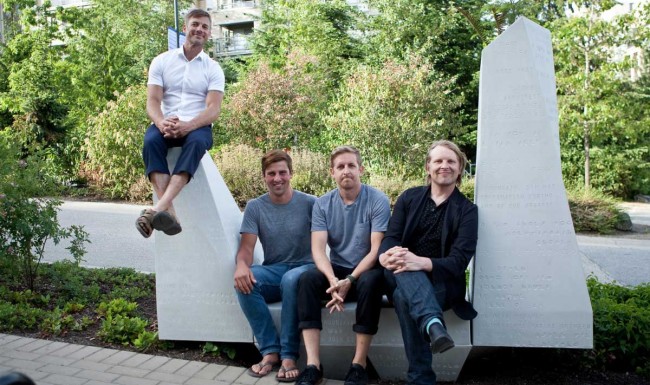 Bow Glacier, which feeds the Bow River, was the inspiration for artist Brian Tolle’s stunning piece Outflow in the newly opened Parkdale Plaza. The structure uses UHPC and doubles as a “daylight” filter for sewer storm water before it reaches the Bow River. 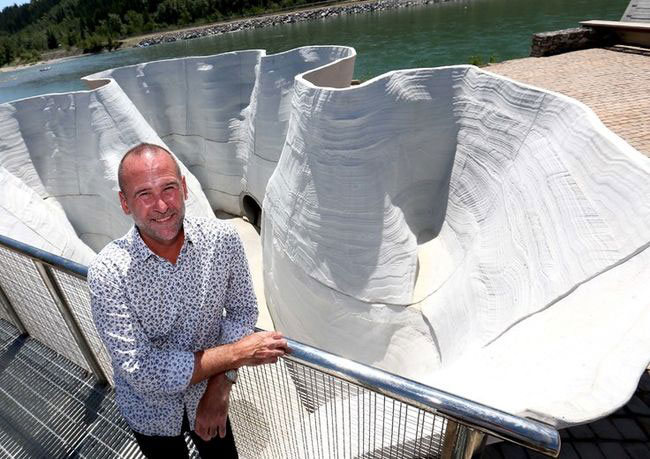 Serving as a meeting place, an art installation and a tool to educate the masses, the city’s newest public space aims to highlight the importance of protecting Calgary’s river systems.

An inverted replica of Mount PeeChee, which is located just north of Canmore in the Bow River watershed, the sculpture has a City of Calgary outfall integrated into the piece allowing storm water to run into catch-basins.
“When these neighbourhoods were built in the 1950s, it was sort of the foregone conclusion that the water would be wasted into the rivers,” said Tolle.
“But over time — because they’re invisible — people don’t even know that they’re underneath us,” he said, touching on how residents may forget whenever they fertilize their grass or wash their car, those chemicals end up in the river.
He said the idea was to “daylight” the outfall so residents can see how often trash, visible pollutants and other contaminants flow into the river system, but the purpose is two-fold. 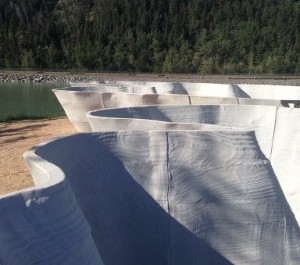 “Not only does it make it visible to the public that there’s water flowing through here from sewers,” he said. “It also allows for daylight to literally make contact with the water, so certain volatile chemicals can evaporate before they actually make their way into the water.”

Across the City of Calgary, there are more than 200 outfalls that carry stormwater into Calgary’s river systems, this installation allows for a visual representation of how important Calgary’s rivers are to the city. 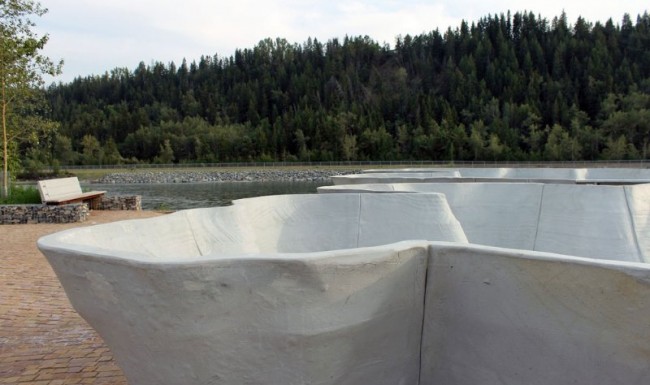 Ductal® UHPC allows the vision of the artist to be cast into the future. The strength, resilience and diversity of application makes UHPC the obvious choice for public art.